Who Steals Our Female Restrooms (Part V): A partner of TAPCPR was added to the blacklist after their failed communication

When W noticed TAPCPR’s advocacy of Taiwan’s GRA, she left her disapproval under its Facebook fan page. However, she found herself was blocked and could not speak to it any more.


In last September, a trans woman, Xiao E, successfully changed her legal sex (without providing the proof of a sex reassignment surgery) after the ruling of the administrative court came out. Below are two non-binary women’s self-revelation.

Jia has loved remote control cars and beyblades when she was little. She wears trousers, refuses to wear a makeup, and has short hair. She is attracted to women, too. Regardless of her gender identity, she clearly knows that she is a female. To her, the soft breasts will never disappear. Strong muscles will never appear, either. She understands that she will never become a male simply by gender self-identification.

Jia has paid attention to the controversies over trans rights for a long time, especially for the case of Chang Gung University’s female dormitory. In this case, a trans woman, Xiao Wen (her real name is Yu-Hsun Wu), applied to live in the female dormitory without receiving any sex reassignment surgery and changing the legal sex. This case was an alarm to Jia. She admitted that she would be too scared to be such a trans woman’s roommate. Further, she said that women’s spaces are important. She can never be relaxed in uni-sex spaces. According to Jia, the Gender Recognition Act (GRA) will directly impact on women’s spaces and rights. She said, it is not about the recognition of one’s gender identity but the change of one’s legal sex. She also suggested that if some transgender people do not want to receive a sex reassignment surgery, they should change their ID card number from 1/ 2 (m/ f) to 3/ 4/ or other numbers (tim/ tif/ others). Jia’s view is that sex differences should be respected in order to maintain the bases upon which Taiwan’s laws have been made.

W has short hair and is taller than average women. Still, she is attracted to men. The society’s female stereotypes trouble her for a long time. However, she has never been confused with her gender identity.

W is “shocked but unsurprised” to the case of Xiao E. In fact, she realized that something has been smuggled into Taiwan’s gender equality education when hearing the case of Chang Gung University’s female dormitory. She knew that some groups have been trying to access to or cancel women’s spaces.

What W is concerned about is that, this movement will influence the safety of women and children. She already saw a lot of cases happen in other nations. She clearly stated that under a loose trans policy, many predators will be covered. She said, “political correctness” has been used to cover one’s crimes. She gave a few examples to us: In the US, a “self-identified woman” (male) served as the leader of girl scouts. In Canada, a trans-identified male claimed to hold a swimming pool party for naked little girls. She emphasized that those are real cases in other nations.

W has always been a supporter to gender equality movement. She attended the same-sex marriage activity held on Ketagalan Boulevard (in front of Taiwan’s Presidential Office Building in Taipei). She donated to Taiwan Alliance to Promote Civil Partnership Rights (TAPCPR), too. When W noticed TAPCPR’s advocacy of Taiwan’s GRA, she left her disapproval under its Facebook fan page. However, she found herself was blocked and could not speak to it any more. W told us, if she could go back to the past, she would have slapped the stupid old self! 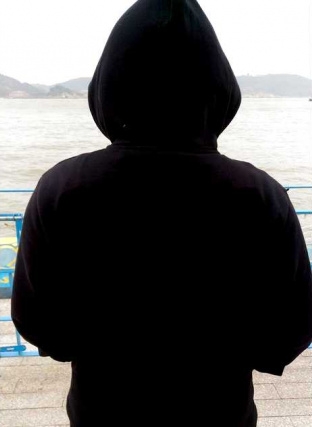 So far as W knew, more and more Taiwanese have collected foreign information to prove that the GRA is impractical and unworkable. Nevertheless, the supporters of the GRA ignored such voices. They even claimed that all oppositions are “women’s irrational fears”. W thought it is time to give up communicating with these supporters. Women’s fears should never be regarded as irrational feelings. What W suggested is that the downside of the GRA should be known by those who are not familiar with trans issues.