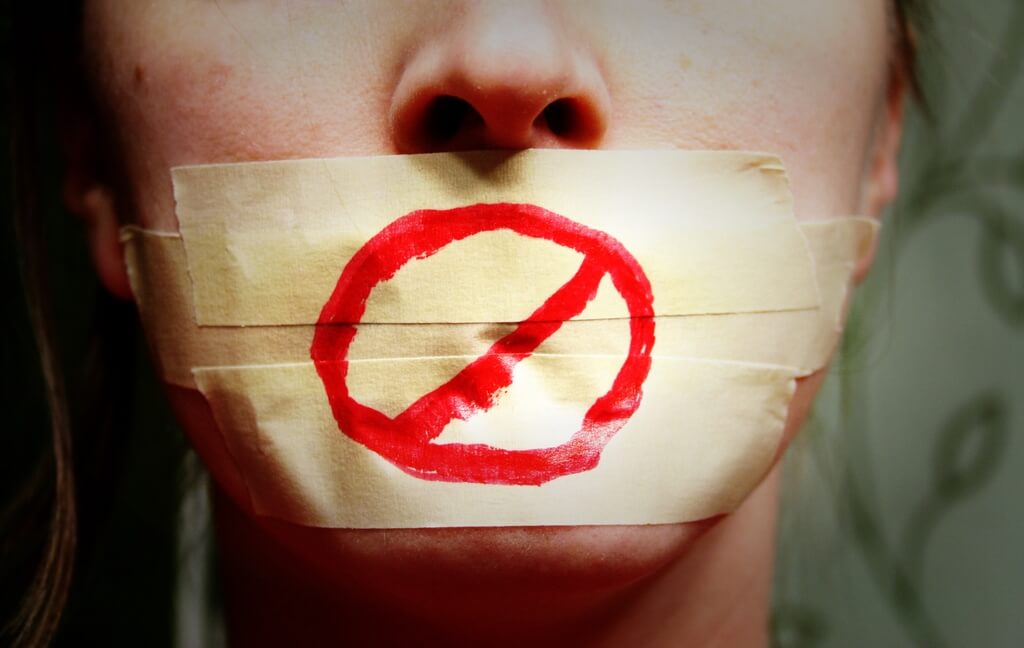 On International Women’s Day I Ask Taiwanese Media: Why Are You Silencing Women?

The following letter was sent out today to English and Chinese news outlets in Taiwan who have covered issues related to self-ID and gender ideology, but have not provided a feminist perspective, interviewed concerned women and their allies on the issue, or provided any balanced coverage showing the amble opposition to legislation working to disenfranchise women. Let’s see what they have to say (and all responses will be posted here.) Copies of the letter will be translated into Chinese.

Happy International Women’s Day to women around the world who continue to inspire me. Women of Taiwan, you are courageous. I see you, I hear you, I’m with you.

“I have come to believe over and over again that what is most important to me must be spoken, made verbal and shared, even at the risk of having it bruised or misunderstood.”

In honor of International Women’s Day, held on March 8th, I am writing to various news outlets in Taiwan with the hope of receiving a response on why women’s voices have been silenced with regard to the issue of Self-ID laws.

I am doctoral fellow pursuing a PhD in feminist philosophy at Sofia University, Bulgaria, a published writer with a Master’s degree in Global Governance from a Taiwanese university, and am lucky enough to call Taiwan home as a permanent resident. I am a guest writer for Canada’s largest feminist news outlet, Feminist Current, and have had several articles published discussing the dangers of Taiwan Self-ID laws and the encroaching threat from gender ideology. I have been a panelist and guest speaker for one of the world’s largest women’s rights organizations, Women’s Human Rights Campaign, speaking on the topic of Taiwan and gender ideology.

In September of 2021, the Taipei High Administrative Court issued a ruling allowing a trans-identified male calling himself “Xiao E (小E)” to change his legal sex to female without sex reassignment surgery — the first ruling of its kind. Until then, individuals could not change their sex on an ID card unless they provided medical certificates confirming a diagnoses of gender dysphoria and proof of a sex change operation. Taiwan’s highest administrative branch (the Executive Yuan) funded research on public opinion regarding sex self-ID, conducted via an online questionnaire that was nearly impossible to find, and not promoted to the general public. The researchers leading the project showed a strong bias towards a policy requiring only self-declaration of identity, and the organizations behind the research do not seem interested in including public opinion — seeking out participation only from a few select groups within the LGBTQ community. It was immediately clear that the proposed changes to allow people to self-identify their ‘gender’ created a conflict with women’s rights and protections. We know that gender is socially constructed and gender stereotypes are a key instrument in maintaining sex inequality.

My original articles, published on Feminist Current, are still the only pieces written by someone living in Taiwan addressing what is going on and demonstrating opposition to self-ID legislation. Taiwanese feminists read my work, shared it, translated it into Chinese, and posted it across various social media platforms to glavinize others into action. Taiwanese women around Taipei and New Taipei City began a campaign using messaging apps and online platforms to share information, as well as distributing flyers and pamphlets by hand, detailing the case and urging their friends, family, and members of the community to contact their local legislators to complain about the verdict. Taiwanese feminists, concerned women, and their male allies continue to wonder why they had been strategically left out of the conversation about self-ID. The women leading this campaign told me that the country’s major parties have failed to support women, and that the current administration “went completely silent” after pledging feminist policies. Taiwanese news outlets have not been telling their story or informing the public that there is strong opposition to gender ideology and self-ID. In October 2021, Taiwanese feminists helped create an online petition to appeal the ruling on self-ID, in an effort to protect women-only spaces. They needed 5,000 signatures from Taiwanese citizens or permanent residents of Taiwan in order for the government to review it and reply to it publicly. The petition easily got the required 5,000 signatures, meeting their goal ahead of the December 2nd deadline. Another petition organized by a group concerned with women’s safety if males are allowed to change their legal sex was in action at the same time, and it also surpassed the 5,000 signature goal. The government will now have to publicly address their concerns. This very large opposition to self-ID was not covered or addressed in any Taiwanese news outlets.

It is disheartening to me to see news coverage of Self-ID in Taiwan, with absolutely no discussion on how this will negatively impact women and girls. No feminists were interviewed, no scholaors, no concerned mothers or worried public. Clandestine but penetrating, gender identity is working its ways into Taiwanese law. Disappointingly, there has been no critical media coverage – at all. Across the board news outlets in Taiwan have printed copy and paste statements from groups representing certain interests, and offered no counter opinion, none of the ample evidence available was provided to show how controversial and how detrimental to women and girls self-ID is. Taiwanese media, including the programs run by the government, is full of very diversity friendly news, reports and articles, all seemingly in favor of self-ID, none noticing or mentioning the conflict with women‘s rights, and how the infrastructure of the public space makes it nearly impossible to guarantee that women‘s safety is not at risk.

It’s disappointing to see such a thriving democracy like Taiwan circumvent discussion on this topic and try to use sleight of hand to pass a law that would negatively impact its citizens. It is reminiscent of its recent authoritarian past, under the guise of being progressive and inclusive. It’s disappointing to see that women’s organizations and trans rights groups that don’t suit the narrative, and the general public, have been left out of conversations about how this would affect them. The recent pushback against self-ID is a product of remarkable grassroots organization amongst Taiwanese women and the LGB community..This grassroots movement deserves a lot of attention. It shows how, even when politicians and the media aren’t doing their job properly and listening to all sides, people with determination and organization can make themselves heard. The rapid growth of a vibrant movement of women (and male allies) in Taiwan has been inspirational, and should be given a voice.

So on International Women’s Day I ask you, why are women being shut out the media for for wanting to talk about the contentious sex self-ID issue? Are women and feminist groups in Taiwan being intentionally ignored? Are their concerns being actively suppressed? Why is there no media coverage showcasing opposition to self-ID and highlighting the burgeoning grassroots feminist movement fighting gender ideology in Taiwan? Along with sending this letter to the Taiwanese feminists on platforms like Plurk, where it will be translated into Chinese and shared with women around the country, I will be publishing this letter on my website. Whilst these women and their allies may not voicing beliefs that you agree with, as their representation in the media is important, and I will continue to fight for their right and the right of all women to speak freely about concerns that so deeply affect them and those they care about.

I, along with thousands of other women in Taiwan, am waiting for your response.