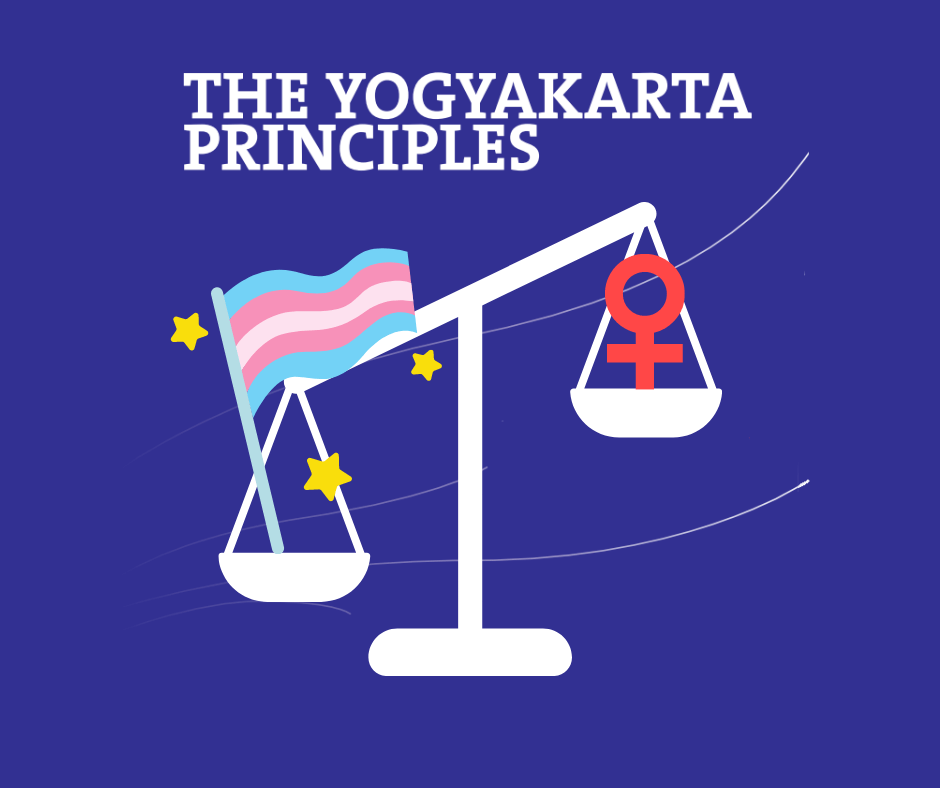 “So far as I remember nobody was thinking about males with intact genitals gaining access to women’s spaces…I see now that Principle 3 was silent on whether a diagnosis, a waiting period, or any other safeguards could be required.”


When some European nations and the US are amending the loopholes in “the Gender Recognition Act (GRA)” or “Gender Self-Identification”, the British expert on human rights, Robert Wintemute, who co-signed on the “2006 Yogyakarta Principles” (which advocated LGBT rights) just admitted that women’s rights were not considered during the meeting in early 2021.

The “Yogyakarta Principles” were originated from the UK’s Gender Recognition Act 2004. The UK was the first nation which allowed its trans people to change their legal sex without providing any proof of the surgery. In 2011, the British government even made a policy titled as “The Care and Management of Transsexual Prisoners”. Soon this policy was extended to include the trans prisoners who only had a “gender recognition certificate” and a “certificate of diagnosis of gender dysphoria”. Without receiving any sex reassignment surgery, the prisoners were allowed to access to the single-sex prisons based on their “gender identities”. In 2017, this policy was reviewed and renamed as “Care and Management of Transgender Offenders”. According to it, the trans-identified prisoners need not to provide any proof in order to access to the prisons of their opposite sexes.

As a result, female prisoners were not safe from male violence any more. In 2016, a trans-identified male, Karen White, who “had previous convictions for indecent assault, indecent exposure and gross indecency involving children, violence and dishonesty” was allowed to serve the years in a female prison without changing the legal sex to female. In just few days, White raped 2 female inmates and was transferred to a male prison. Similarly, in 2018, a trans-identified male killer, Paris Green, raped 4 female inmates in a female prison. In 2019, the British government decided to build a transgender prison.

To an outburst of this controversy, the BBC began its investigation in Aug. 2018. According to it, in 2016 there were only 70 trans-identified prisoners (excluding those who already received the surgeries and changed their legal sexes) in England and Wales. After the policy was reviewed, the number of trans-identified prisoners raised to 125 (including 60 sex offenders). In Apr. 2021, according to The Los Angeles Post, till the California state government allowed the prisoners to be transferred to the prisons of their opposite sexes, none of male prisoners ever expressed their trans identities. However, after the new policy was carried out, 255 male prisoners applied to be transferred to female prisons.

In fact, the implement of the GRA influenced the accuracy of statistics on sex differences in crimes as well. In Oct. 2021, according to the UK’s Daily Mail, “Professor Alice Sullivan of University College London shows that between 2012 and 2018, a total of 436 people prosecuted for rape were recorded as women.” Meanwhile, in Dec. 2021, the Police Scotland said that as for the recording rapes, the new law would “[include] ‘where a person born male obtains a full gender recognition certificate and then commits rape’ and ‘where a person born male but who identifies as a female and does not have a full GRC . . . commits rape’.” To this policy, the author of Harry Potter, J. K. Rowling, tweeted that “The Penised Individual Who Raped You Is a Woman.” Again, the British society’s sensitive nerves over trans policies were touched.

The fact is that J. K. Rowling has been fiercely criticized by trans communities in recent years. In 2019, a tax expert, Maya Forstater, lost her job because of her insistence on the unchangeableness of one’s sex. Though Forstater did not win the lawsuit, she was supported by Rowling’s tweet that “But force women out of their jobs for stating that sex is real?” However, trans communities condemned that Rowling’s words were a “transphobic” act.

According to the UK’s The Critic, the “Yogyakarta Principles” were proposed by more than 10 lawyers and experts on human rights. Most of the proposers are men and trans men. Considering that “[no trans people] shall be forced to undergo medical procedures, including sex reassignment surgery, sterilization or hormonal therapy”, they put one’s “self-defined gender identity” and “[all these] must be recognized in ‘all contexts where the identification or disaggregation of persons by gender is required by law or policy’” in the Principle 3.

“So far as I remember nobody was thinking about males with intact genitals gaining access to women’s spaces…I see now that Principle 3 was silent on whether a diagnosis, a waiting period, or any other safeguards could be required.” The gay co-signer, Robert Wintemute, explained. He also admitted that “this was a surprising failing”. Our journalist wrote an e-mail about the legislation of Taiwan’s “GRA” to Mr. Wintemute. Till now, we (CTWANT) have not received any reply from him.