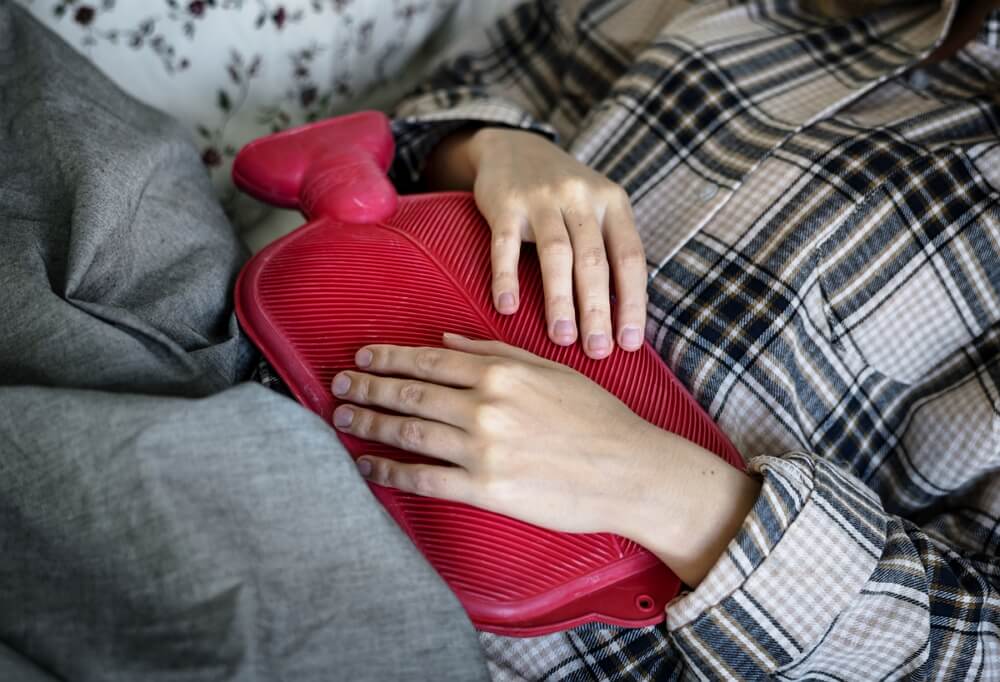 Yup, you read that headline correctly. Your eyes did not deceive you. A trans-identified male attempted to apply for time off work due to menstrual pain. No uterus? No problem!

Taking us back to basic Bio 101, menstruation, or having your period, is normal vaginal bleeding that occurs as part of a woman’s monthly cycle. Every month, your body prepares for pregnancy. An egg is produced, the lining of the uterus thickens up, hormones prepare the vagina and the cervix to accept and support sperm. When pregnancy doesn’t occur, the egg is absorbed back into the body and the thick lining in the uterus is shed, this is your period. Then the cycle begins all over again. The menstrual blood is partly blood and partly tissue from inside the uterus. No uterus, no period. I don’t mean to patronize anyone with this detailed definition, but it seems that some have forgotten how periods happen.

In Taiwan, the Act of Gender Equality in Employment gives women three days of “menstrual leave” per year, which will not be calculated toward the 30 days of “common sick leave”, giving women up to 33 days of “health-related leaves” per year. The extra three days do not come with half-pays once a woman employee exceeds the regulated 30.

To quote directly from Article 14 of the Ministry of Labor:

A trans-identified male who had received so-called “gender reassignment surgery” and has officially registered their “change of sex”, applied for menstrual leave. As incredible as it sounds, the company where he is employed was unsure of whether he was eligible and asked the local government for further advice. The local government passed the question on to the MOL, which consulted the Ministry of Health and Welfare (MOHW). The MOHW responded to the MOL with an explanation from the Taiwan Association of Obstetrics and Gynecology (TAOG), that transgender women do not have uteruses and do not menstruate. Since the purpose of the menstrual leave is to provide relief to those who may suffer physical discomfort at work while menstruating, the policy does not apply to transgender women as they do not go through the experience.

Why was this even up for debate? The first source of confusion within the present transgender debate comes from people frequently conflating (biologically-determined) “sex,” (socially-determined) “gender,” (privately-determined) “gender identity,” sexual preference, and biological instances of intersex (such as Klinefelter’s and Turner syndrome) all under the same canopy term “gender.” Biological males can now identify as a female in order to gain access to women’s toilets, refuges or prisons. They can now attempt to apply for menstrual leave, despite never having had a woman’s body or the ability to have a period. Thankfully, for now, Taiwan rejects this as impossible and irrational…but how long will they hold out? Taiwan has been contemplating allowing Self-ID laws, something I’ve discussed in two articles published on Feminist Current and located at the end of this piece. And thankfully here has been a huge amount of backlash against Self-ID in Taiwan from local LGB and feminists groups. But how long before more entitled men, who “feel” like women, equate their stomachaches or indigestion with the intense spasms of pain that (only) females go through monthly. Women around the world experience period stigma, in some places women are still ostracized for this basic biological function. Some suffer extreme medical problems, even risk death, due to lack of access to proper menstrual hygiene. Menstrual taboos have serious implications and consequences on women around the world, with restrictions enforced on a woman’s daily life, impacting her health and freedoms. No access to menstrual hygiene is the fifth biggest killer of women in the world. It’s is extremely offensive for a male to attempt to claim to have had his “period”. Women are still dying in places where simply having your period is considered taboo, but a narcissistic male thinks he’s entitled to a day off because he “feels like a woman.” Wouldn’t it be nice if we women could identify out of our periods? But our bodies don’t work that way.

This isn’t simply a Taiwan issue. Medical schools across North America are shying away discussing human biology, in an attempt to be “politically correct”. Katie Herzog, writing for the Substack newsletter of Bari Weiss, reports on the phenomenon in her article Med Schools Are Now Denying Biological Sex, with the deck, “Professors are apologizing for saying ‘male’ and ‘female.’ Students are policing teachers. This is what it looks like when activism takes over medicine.” She also tells about med school professors getting into trouble for saying “breastfeed” instead of “chestfeed,” “she” and “her,” “father” and “son,” and “male” and “female.” The tautological descriptions of biological reality now are cast as thought crimes.

Transwomen are biologically male. Not all women get their periods, but its only women who do. Why won’t physicians, professors, scientists, scholars, and administrators, (and the silent majority) assert what they know to be true? Biologically, I’m female. Emotionally, I have never felt neither male nor female. I just feel human. I don’t have a gender, I have a biological sex and I have a complex personality which is neither feminine nor masculine. We live in a world where narcissism is celebrated, and nothing screams entitlement more than a man making a mockery of a very female condition, one that causes many of us great amounts of pain and discomfort, not to mention embarrassment throughout our lives.

We simply must agree on objective reality, or everything is forfeit. And it is this objectivity that is under full attack. It’s under attack by people motivated first by compassion, then by anger, and now by power. This is the new religious fundamentalism. And make no mistake, to be silent against it, is to tacitly subscribe to it. If there is one thing to take with you, it is that. We must all stand against this in our own way, and on our own level.

How many times have we heard bold proclamations like “transwomen are women” and “gender is just a social construct”? We all know these statements aren’t totally true, but the people making them usually seem to have good intentions, so we give them a pass. We all know that transwomen are actually transwomen (hence the prefix), and some aspects of gender are connected to the fact that there are biological differences between men and women. Our failure to acknowledge the obvious reality about these topics indicates that we are either afraid to speak the truth or falsely believe that compassion, tolerance, and scientific accuracy cannot all exist in the same space. Do not compromise on the truth. Do not cede the land of objectivity. Do not give in to emotional arguments, subjective anecdotes, or appeals to authority. If a claim is false, call it false. If you’re not sure, say so. Ask for clear reasoning in plain speech. If someone begins to sound like the side of a prescription bottle, request simplification. If simplification is not offered, or your request is insulted, the source is suspect.

We must all unite in defense of Reason.